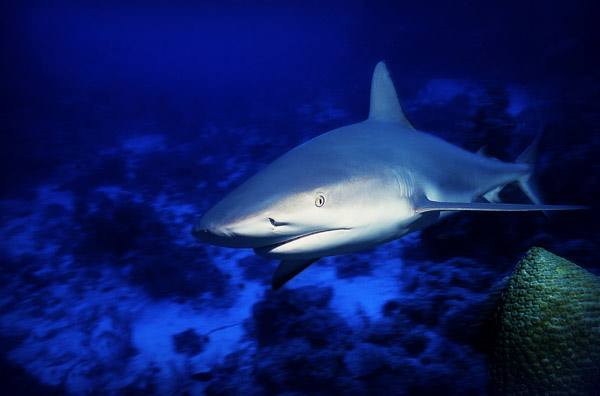 In recent trade agreements the most difficult clause to swallow seems to be the mediation of potential loss of profit against the countries that enact laws, regulations, or policy changes that have an impact on the potential profit of corporations. Even if the sovereign power decides the change in law or policy is an environmental necessity, the presumed profit (opportunity) loss to corporations is not deemed to be equally necessary. Instead the corporation presuming to have lost the profit can “sue” under the trade agreement by appealing to an internal tribunal or panel that has what amounts to absolute power to judge the case with no transparency of process and little if any recourse to appeal. This essentially gives the equivalent of sovereign power to corporations. In fact, it severely endangers any climate change activity to limit the extraction or use of fossil fuels. For example TransCanada is suing the USA for presumed profit loss as a result of cancelling the Keystone pipeline – the suit could be as high as $20 billion. That behaviour could be significant disincentive for a small country to enact laws that a large multi-national corporation could challenge through TPP.

In this TPP agreement, there is a great deal of verbiage about the environment, but it is largely statements of support that are undermined by the internal processes. In the case of biodiversity and ecological goods and services, it is clear the writers have no idea what these terms actually mean. For these and pharmaceutical trade ambitions, the idea is to exploit species that have biologically active properties. The only protection offered is appeal to CITES when the population level is low enough to get them listed on the Red List of endangered species. Even then there is no proscription against exploitation of the Party wishes to exploit them to extinction locally – and if the species is unique to the Party’s boundaries, to complete extinction in nature.

The statements on fisheries being an over-exploited resource are correct, but there is no mechanism to limit fisheries in areas outside a Party’s jurisdiction. Thus the “partnership” is silent on how to manage open ocean fisheries – a modern version of the “tragedy of the commons.”

My letter to the Liberal Party of Canada regarding the TPP follows:

Thank you for the opportunity to comment on the TPP. I will restrict my comments to areas of my own expertise; PhD level understanding of ecology, evolution, biodiversity, biology in general, application of policy from science bases, environmental assessments, indigenous knowledge, climate science and related fields, as well as informal learning and documentary filmmaking and broadcast.

As a general comment, I find this agreement does not provide enough capacity for Canada to be able to manage its own business enterprises when they engage in trade with other countries under this agreement. I describe the specific items I find most troubling.

If the dispute resolution system defined under Chapter 28 cannot be redefined sufficiently to provide some mechanism to define penalties other than an internal panel – which in the extreme could bankrupt a country – including Canada – then Canada should not become party to this agreement.

Some of my credentials and activities are available at my website: www.kivu.com. A brief CV is available under the section labelled “About Us.”

Hereunder are my comments:
——————————
Article 7
1) Offers no guidance on levels of protection relying instead on mutual agreement between the parties. This means that a risk to any physically adjacent nations cannot be managed by that sovereign nation.
2) Requires that any security measures be limited to “no more than is necessary” thus “the precautionary principle” cannot be applied if greater risk is suspected but not proven. This Article is written to maximize trade opportunities and avoid caution. The result is potentially dangerous.
3) Allows for disposal of infected goods but only if the infection can spread. This means that an infection that does not spread but that can be harmful locally is by implication not permitted to be disposed of.
4) Does not require infected goods to be disposed of, nor does it afford penalties for shipping infected goods to another Party – not an acceptable policy.
5) Allows Chapter 28 dispute settlement which means that penalties can be applied to the nation disposing of the goods if they are not spreadable pathogens. This will encourage the sale of infected goods that are dangerous only locally.

Article 8
1) Sections 10 through 12 imply that marketing regulations are limited to the technical aspects of the product and not to the accuracy of the marketing materials. This should be modified to allow any nation to require non-misleading marketing, and to disallow marketing that implies safety or efficacy greater than is inherent in the product. Further these regulations should not be subject to chapter 28.
2) In all instances the only requirement is for Parties to “consider” scientific or technical guidance, but the Parties are not bound to abide by the scientific or technical findings. The implication here is that such recommendations can be dismissed after consideration.
3) Section 8d under cosmetics allows a product, once granted marketing authorisation, to marketed indefinitely even if it is later found to be deleterious to health.
4) Sections 8 through 11 under Cosmetics appear to permit unsafe products to be marketed because no internal testing is allowed by the receiving party – the receiving party must rely on the manufacturer’s marketing material sight unseen.
5) Under proprietary formulas, it would appear that legal action cannot use the formulations to prosecute if such use reveals the proprietary information. That could be dangerous.

Article 18
1) Under “Principles,” section 18.3.2 is so non-specific that just about any action that restricts trade or adversely affects transfer of technology by using copyright for parts of works is not allowed. This is in the grey area of “fair use,” which in international dealings is often stretched well beyond reasonable limits – this section is not well-worded.
2) Similarly article 18.5 with its caveat within the provisions of this chapter is far too open to misuse. The chapter wants to foster diffusion of knowledge etc. while fostering competition. By emphasizing either side of that equation, a reader can demand relaxation of regulations.
3) Article 18.16 does not provide for the necessary involvement of the indigenous holders of the traditional knowledge to be part of the determination of what is intellectual property and to whom the property belongs – to the state or to the native community.
a. The premise in this section is to fostering cooperation among Parties through the exchange of traditional knowledge, genetics, or works. The section ignores the fact that the Party may not own the copyright, that instead the copyright belongs to the originators – the indigenous peoples.
b. This section implies that the only relevant intellectual property is genetic resources – no doubt because from a pharmaceutical perspective; it should be broadened, however, to include works of traditional knowledge and proprietary knowledge contained within traditional knowledge.
c. This section discusses only patentable items. Not all intellectual property is patentable but much that is non-patentable should remain copy restricted. This should be clarified especially because of the increasing theft of indigenous designs and understanding of natural processes.
d. Patent examiners for indigenous genetics and works should, by statement within this Chapter, either be indigenous Elders themselves, or be trained and certified by indigenous Elders.
e. There should be some provision within the section to prevent bio-poaching by multi-national corporations in indigenous territories or lands used by indigenous peoples.
4) Article 18.37 is too loosely worded.
a. In section 2 the phrase “a Party may limit those new processes to those that do not claim the use of the product as such.” Is too ambiguous and allows no other limitation.
b. Section 3 allows exploitation by an external Party if the external Party claims that while such exploitation may be detrimental, it is not “serious” and that the restriction is in any case used merely because a previous law exists within the country’s jurisdiction. In other words the law of the land protecting itself can be challenged on the basis that it is not a serious problem if exploited and that the existing law is irrelevant because the damage is not serious.
5) Article 18.48 deals with pharmaceuticals and has no provision for safety testing – only a requirement to process applications as quickly as possible including the relaxing of rules and regulation on marketing. This is a very bad idea given the history of and the excessive haste often displayed by Big Pharma.

Article 28
1) By requiring all Parties to subject their trade practices to complaints by other Parties through an arbitrary panel, the panel strips the rights of a Party to govern its internal business affairs or to appeal to regular justice and court systems where transparency and representation of the cases are mandatory. The best course of action would be to withdraw from this Article entirely and require resolution in normal judicial and court proceedings.
a. In this Article lies the basis for catastrophic decisions by the internal panel. For example, in the case of Canada and the tar sands, many multi-national corporations have invested money in anticipation of continuing access to the oil contained in the sands for many decades to come. The value of these carbon-based assets in the tar sands if fully developed is in the $ trillions. In the wake of the Paris agreements and following up on the best scientific evidence, it is clear that the world must move to zero carbon emission within a very short while. Should Canada decide to enact laws that constrain the development of the tar sands to zero, the normal course of action would be to negotiate or impose a compensation package to the owners of the properties, which would be overseen by the laws of the land in an internal federal or provincial court. In this section, the normal course of action is removed from the Party and placed in the hands of a panel set up by a group of people who at base have pecuniary interests, not in the interests of long-term world ecological health. Furthermore the actions of the panel are not transparent and appear to have no built in appeal system. The judgement could be that Canada should pay the value of the stranded oil assets to the corporations currently licensed to extract the oil. Should that happen, Canada would be bankrupted. And there appears to be no alternative – even withdrawal from the TPP agreement is not provided in such instances of disastrous penalties. One could argue that such an outcome is not probable, but on reading the text, one cannot argue that such an outcome is not possible.
b. Article 28.21 appears to argue that an offended or potentially damaged party cannot protect itself outside of the TPP by enacting internal protective laws against another Party. This once again strips sovereign rights from a nation and delegates them to the panel within TPP. This is a disastrous idea.
c. See also the Annex 1 Schedule of Canada wherein the investment of a foreign company in Canada is effectively established as an entity under this agreement, further enhancing the powers of the panel to decide loss of potential revenue. This annex also removes authority from provinces which, in Canada, normally have authority over internal resources, and delegates that authority to the panel for dispute resolution.

Annex IV
This is a list of state-owned or state designated monopolies. It is unclear what the purpose of this list might be. The implication is that these entities are not subject to the agreement in the sense that they may, without limit, provide subsidies or produce products that are not intended to be in fair competition with the free-trade concept. That implication however, is not made explicit and it should be. Also there should be a provision to expand this list indefinitely without penalty should Canada wish to nationalize aspects of its economy.