At least in Europe and North America, we hear politicians equating lower taxes to an abundance of jobs. Some politicians even go so far as to suggest that free market capitalism is a panacea for the unemployment problem, that if rules, regulations, and taxes are reduced or eliminated, businesses will mushroom in productivity and jobs will be created in record numbers. But what are the actual observations to back up this claim?

Recall that the reason capitalism evolved (and it was a spontaneous evolution, not a designed development) was to increase the power of a business to control the production and distribution of products so that the profit could be maximized. The trick to accomplish this is to combine the assets of a number of people (capitalists) into a corporation so it can more effectively achieve control, sometimes by competition, sometimes by acquisition, and sometimes by merger. The profit is then split amongst the capitalists. Where do the rest of the people fit? They are the employed and unemployed. The capitalist corporation views both employees and unemployed people as resource packages of energy and skills to be used at the lowest possible cost to improve the profit level. If the local employees are too expensive, the labour is either transported to an offshore, cheaper location, or replaced by machinery. So there is no inherent reason why capitalism needs “people”, it needs energy and skills at the lowest possible cost.

If we compare this to an ecological system, unemployed people are essentially the same as individuals within a species that are not adapting or competing very well. In a natural system, they will ultimately die unless they find a way to adapt or compete successfully. As I have pointed out in earlier blogs, some species produce many young to compensate for this potential mortality. Employees are the equivalent of resources or prey. In these species and systems that require many young to maintain at least a stable population, there is a high mortality (=unemployment) rate. The ecosystems that have the lowest mortality rates are rain forests, coral reefs, and kelp forests, where species are highly specialized, compete fiercely and have few young which are nurtured. These systems also have very large primary producers (= farming, fishing, forestry, mining) that create an infrastructure that encourages many degrees of interdependence. Consumers are highly variable in size and form. The critical feature of these systems is their circularity in which every resource is returned to the air, to the water, or to the soil by some type of organism that acts as a decomposer. Economic systems have not yet evolved to this stage, but they do react in similar manners.

Lowered taxes is like a reduction in selection pressure, favouring corporations that need a high level of unemployment to keep the cost of employees down (species that produce many young so at least a few will survive). Higher taxes (= higher mortality rates) increase selection pressures, focus competitive innovation, and encourage fewer young that are nurtured and trained, an equivalent of economic competitiveness, innovation, fewer unemployed people because there is a more significant investment in the employees that the corporation have, resulting in a reduced rate of employee turnover.

Despite the ups and downs of unemployment the actual tax revenues as a percent of GDP have been remarkably steady for many countries. 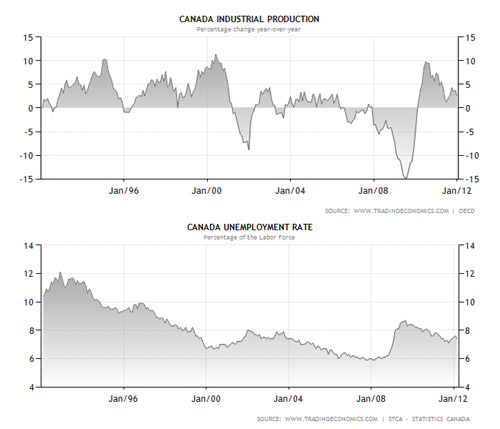 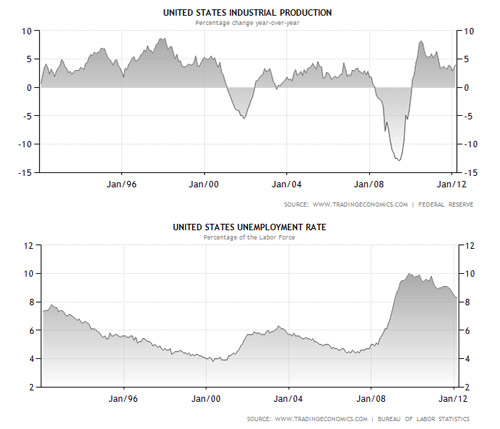 What does this mean?

Sometimes there is an apparent relationship between two variables that is not related to direct cause and effect. Is this the case here? Regardless, the fit of the two curves is so good it cannot be ignored. Perhaps it is because if consumers are not confident, they are not buying. This may be because they are hoarding or they simply cannot afford to buy. If that is the relationship then employers must employ a mechanism of judging the market so that they terminate employees in direct proportion to the interest consumers have in making purchases.

Let’s examine the Consumer Index to be sure it is going to be independent of the unemployment rate. First of all it is an attitudinal index, not a data-based index. So the index does not contain unemployment numbers. Basically a higher index indicates greater consumer confidence in continued economic good times and even growth. And a decreasing index reflects an attitude predicting slower economic growth or even a declining economy. The more confident people feel about the economy, the more likely they are to make purchases. If we examine the questions, however, we see that the attitudes also reflect something about their own employment confidence:

The index itself is not therefore a direct measure of unemployment. It is instead a measure of the opinion about employment opportunities, the economy, and personal income. It is likely to be however, and pretty good predictor of whether the consumer is in a spending or a saving mood. Now the $million, wait no, the $multi-trillion question is which comes first, consumer spending or the unemployment rate anticipating changes in consumer spending.

A quick glance back at the super-imposed curves shows that unemployment lags behind attitudinal changes. So the attitude predicts unemployment. Does it cause unemployment directly? Ah ha, presumably retail sales will also be a good predictor of when companies need to ditch employees.

Oh dear, that did not work. So there is some other way that producers judge when to slow down production and ditch employees, and it is not the business confidence index.